If you run a drug and alcohol recovery clinic or another program aimed at helping people stop abusing drugs and alcohol, then you likely know that there are a variety of drug and alcohol tests on the market today. However, some of these tests do not have high accuracy rates, only detect drugs or alcohol that a person used very recently, and/or are too time-consuming or expensive to administer frequently.

For this reason, you may always be looking for new drug and alcohol testing methods that are quick, affordable, and produce reliable results. Read on to learn about one newer alcohol test with a lengthy detection time frame and a new quick, accurate drug test type currently in its development stage.

When a person drinks alcohol, it is only detectable in their urine or bloodstream for about 12 hours using traditional alcohol testing methods and for about 24 to 48 hours on a saliva test. However, a newer alcohol test called the ethyl glucuronide (EtG) test can detect a specific alcohol metabolite that can linger in the body much longer than ethanol itself.  These tests check for the presence of ethyl glucuronide, which is an alcohol metabolite that can linger in urine for up to 5 days after a person has been imbibed.

While this test is not 100 percent accurate, some medical experts believe it is about 85 percent accurate in detecting moderate to heavy alcohol consumption. Accuracy rates drop slightly as less alcohol is consumed.

While not available for use by drug and alcohol recovery clinics and other drug rehabilitation experts yet, a new drug-testing device that is purported to be about 99 percent accurate in the detection of recent drug use is in development. This device relies on a newer technology called paper spray mass spectrometry to check for drug metabolites released by fingertips.

Fingertip drug testing offers many benefits aside from its accuracy in the detection of recent drug use. This fingertip testing device currently provides drug test results in just minutes, although developers are working to shorten drug detection time to just 30 seconds. In addition, since fingerprints are scanned at the time of drug testing, drug test administrators can worry less about mixing up drug test results among patients being tested or those in drug rehabilitation programs cheating the test by having others complete the test for them.

If you run a drug and/or alcohol rehabilitation center, then you are likely always looking for new drug and alcohol testing methods that are accurate and affordable. A newer alcohol test with a lengthy detection time frame is now available, and a highly accurate fingerprint drug testing device may be available soon. 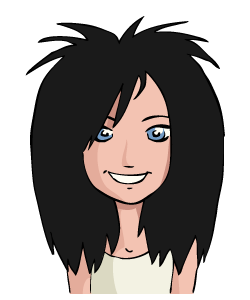